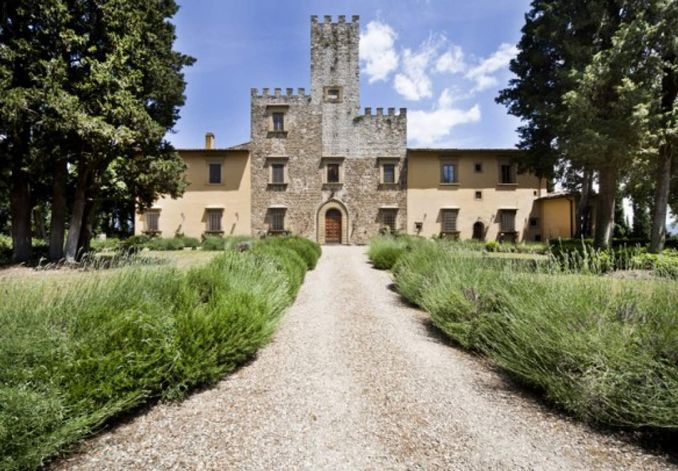 Florence: The castle object of the sale is one of the most important properties of Tuscany with its architectural style result of a surprising combination of style medieval, Renaissance and Baroque.Located just 12 km from the center of Florence, the castle has over 1000 years of history, with its gardens protected by boundary walls, a private chapel and remarkable frescoes. Documentation found in the State Archives show that the castle was built in 1469 as a military garrison and was involved in the conflicts between Guelphs and Ghibellines known.

Building: The castle is a particularly interesting from an architectural point of view because it combines the military style and the villa with a central fortress lined with elegant facades belonging to the 16th century. It was during this century, when the castle was owned by the family "Ciaini" that the stucco facades have been added to the fortress and the tower. Ciaini family was one of the richest families in Florence at that time and was known for his patronage of the arts and the architettura.Domenico Baccio d'Agnolo, one of the most famous architects of the period, was called to design the new villa.
The interior decoration of the castle, with extraordinary frescoes in all the rooms on the ground floor, is the work of the family d'Agnolo Niccolini who bought the property in 1572 from the family Ciaini.
There are 1400 square meters, with representative rooms interconnected at the ground floor that open onto the central frescoed loggias and to the courtyard.
The first floor of the castle is divided into three units that could possibly be united, if necessary.The ground floor of the castle is in good condition having been redone the electrical system and has been modernized in recent years. The frescoes are in excellent condition after several centuries and require no restoration. The first floor needs some renovations and modernization, in particular the central tower of stone.