Four stars Hotel for sale in the centre of Arezzo 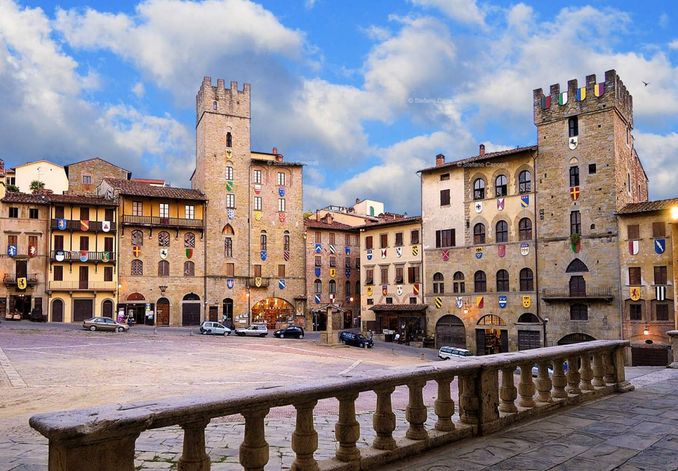 Four stars Hotel for sale in the centre of Arezzo

Hotel 4 stars for sale in Arezzo, located in the heart of the city, enjoys a perfect location for conducting business or just enjoying the art. It is the first choice among hotels in the centre. The hotel with its quality design has 26 rooms in four categories, all different in design, simple, unique and with high-quality furniture, and the layout. All bathrooms have a large rain shower and hydro-massage jets, separated by a comfortable bath for two persons.

The city of Arezzo is located on a hill at the intersection of four valleys: Val Tiberina, Casentino, Valdarno and Valdichiana. The town has ancient origins evidenced by the discovery of stone tools and the so-called Paleolithic man dell'Olmo. There are traces of the Etruscan Arretium early as the ninth century. B.C. and it was one of the most important towns in Tuscany. Arezzo always maintained an important role and prestige in Tuscany due to its location along the Via Cassia.

Many famous people were born in Arezzo, among whom are Giorgio Vasari, Piero della Francesca, Guido Monaco, Francesco Redi and Petrarca. Even if a part of medieval city was destroyed during World War II, the center of Arezzo preserves its splendid monuments, churches, palaces and museums. The Basilica of St. Francis is perhaps the most famous church in the city. In its interior, the cycle of frescoes of the Legend of the True Cross by Piero della Francesca, Renaissance masterpiece of inestimable value. And then the Medici Fortress, the Roman amphitheater and the Church of San Francesco with the wooden crucifix by Cimabue.

Arezzo certainly has much to offer to its visitors. Not only the city but also the province is rich in cities, villages and castles that played an important role in the history of Tuscany. Cortona, Anghiari, Sansepolcro, Poppi are just some of the most beautiful places in the province of Arezzo that are worth a visit.